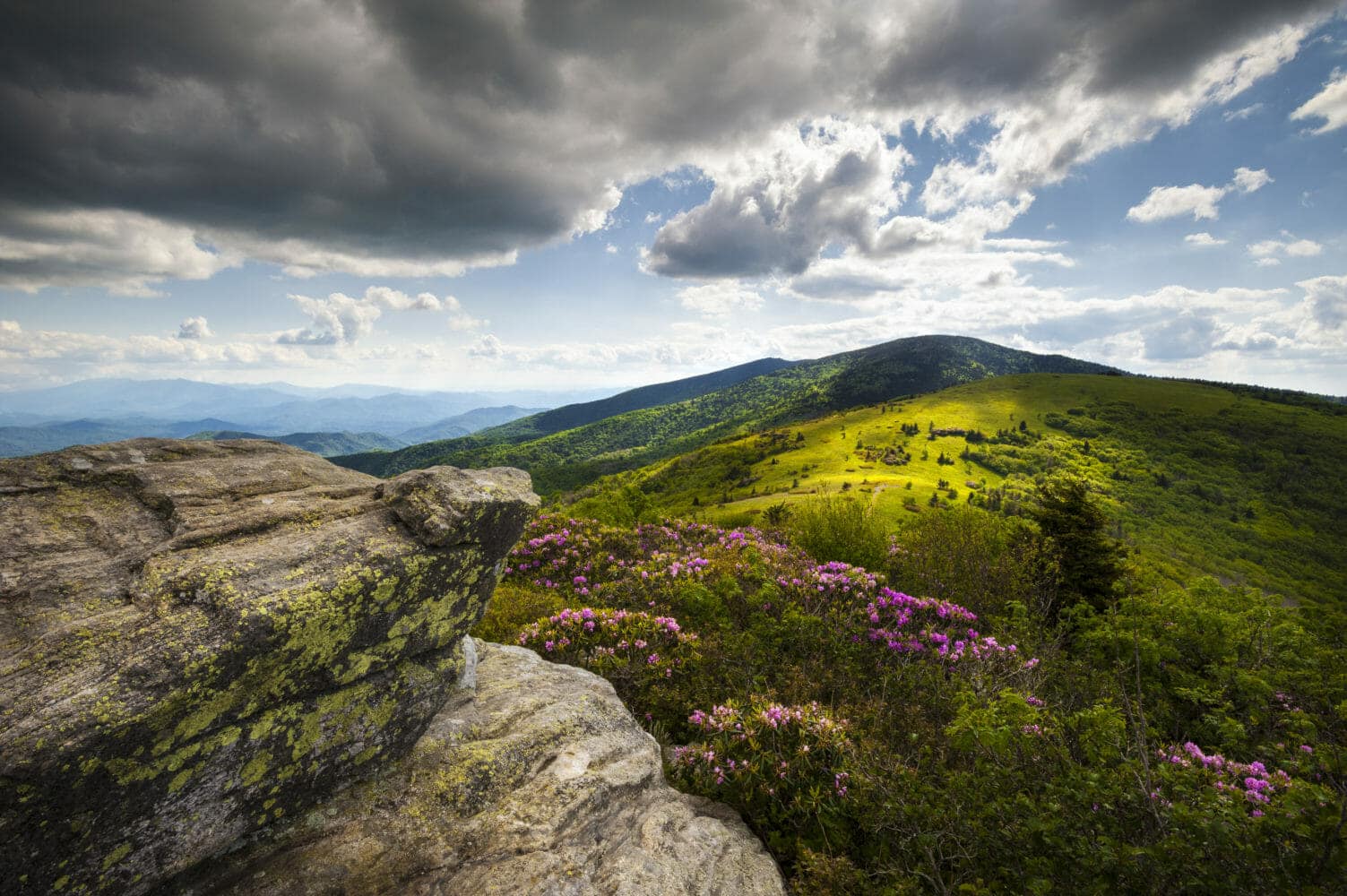 Inspired by the natural beauty and culture of North Carolina’s Appalachian and Blue Ridge Mountains, Co-Founders-Owners, Marty and Chris McCurry had a dream to create a functional product that could properly honor the essence of this region.  Attributes such as authenticity, depth, beauty, honesty, timeless practices and ecology were contemplated.

In 1990, a 5-Year Intensive R&D Process was overseen by Marty McCurry to develop the manufacturing methodology, supply chain and application techniques for the flagship product: poplar bark siding.

Poplar Bark had never before been manufactured into a commercial siding product. 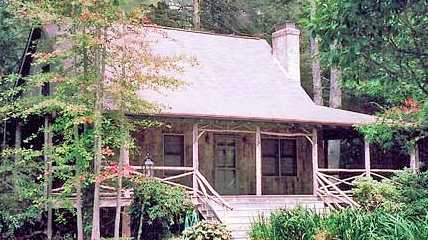 Gary and Brendan Ross (Marty’s sister) had established a reputation across several states in the east for their exquisite home design and construction.  They raised the bar for style, in every area they developed.  The couple purchased land in Highlands, NC and began construction on their rustic “Cabin In The Mist”.  This would be the first newly constructed modern application of poplar bark shingles.  It provided the perfect opportunity to test application theories and material response. 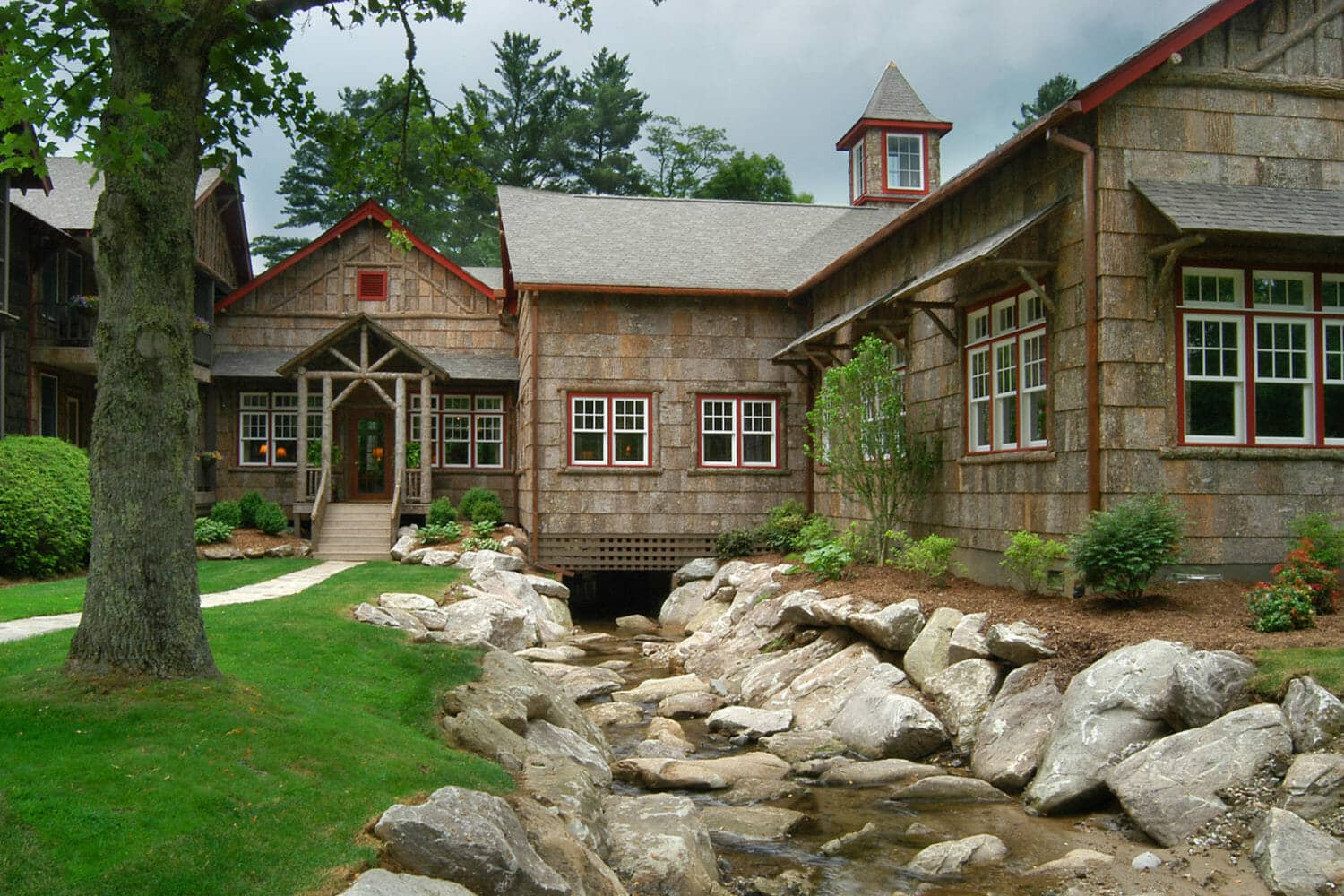 Eseeola Lodge was at the center of the unique resort community of Linville NC in 1892.  Linville is of course the birthplace of the squared Chestnut bark shingle, the predecessor of our Poplar bark shingle.  It was entirely fitting and a tremendous honor that our first application of this shingle in a development would be in Linville Resort.

Met our Mission Goal to expand a positive economic impact to other independent business owners in our community – by training loggers in the proper procurement and handling of RAW™ (Reclaimed Appalachian Wood Waste) poplar bark for shingles.  Company co-founder Marty McCurry trained 50 loggers the first year and increased their income for a poplar tree substantially.  Product demand had grown enough that orders could not be met through in-house harvesting.  The work of peeling back the bark is hard but economically worthwhile – and environmentally sound.  Today, The Bark House has trained over a thousand loggers and works with over 250 independently operated businesses each year from 13 states and 45 counties in Appalachia, increasing their income threefold for each log through selling us the waste bark from poplar trees.

The article loosely links poplar bark structures with the historic Adirondacks.  Readers erroneously followed suit building Poplar Bark sided “Adirondack Style” houses in the mountains of NC and surrounding states as if there was no relevant regional architecture to glean inspiration from.

History and Today:
Although Hugh MacRae was not as wealthy as Rockefeller, and his development in Linville, NC was not as famous as the Great Camps of NY, his work and contribution were significant. In the late 1800’s MacRae needed a fresh aesthetic for his elite development in Linville – one of his many land holdings that included Grandfather Mountain. He recruited the classically trained architect and family friend who had grown up in Wilmington and vacationed with the family in their much beloved NC mountains. Henry Bacon, AIA designed many monuments including the Lincoln Memorial and was the only Architect in history to receive the Gold Medal from a President of the United States in full ceremony preceded by a grand procession down the length of the reflecting pool in Washington DC. He designed the first squared bark shingle in 1895, a fact not widely published until this company owner’s book was released by Gibbs Smith in 2008. Six structures were erected at Bacon’s specification in Old Linville. The cleaner, refined style remained a quiet, rich voice in the deep woods of NC until our company founders created the poplar bark shingle industry and elucidated this area’s own beautiful style through the eye of architecture.

A decade and a half after this article was written, any things changed and some remained.  Hundreds of articles have been written about our company and the infamous bark shingle siding that we created.  Architects across the world have received hundreds more awards forintegrating the shingles and large panels into their designs.  The general public is now more educated about the use, longevity, attributes and history of poplar bark.  We continue to clarify the myths but true to our heritage, appreciate some of the lore. 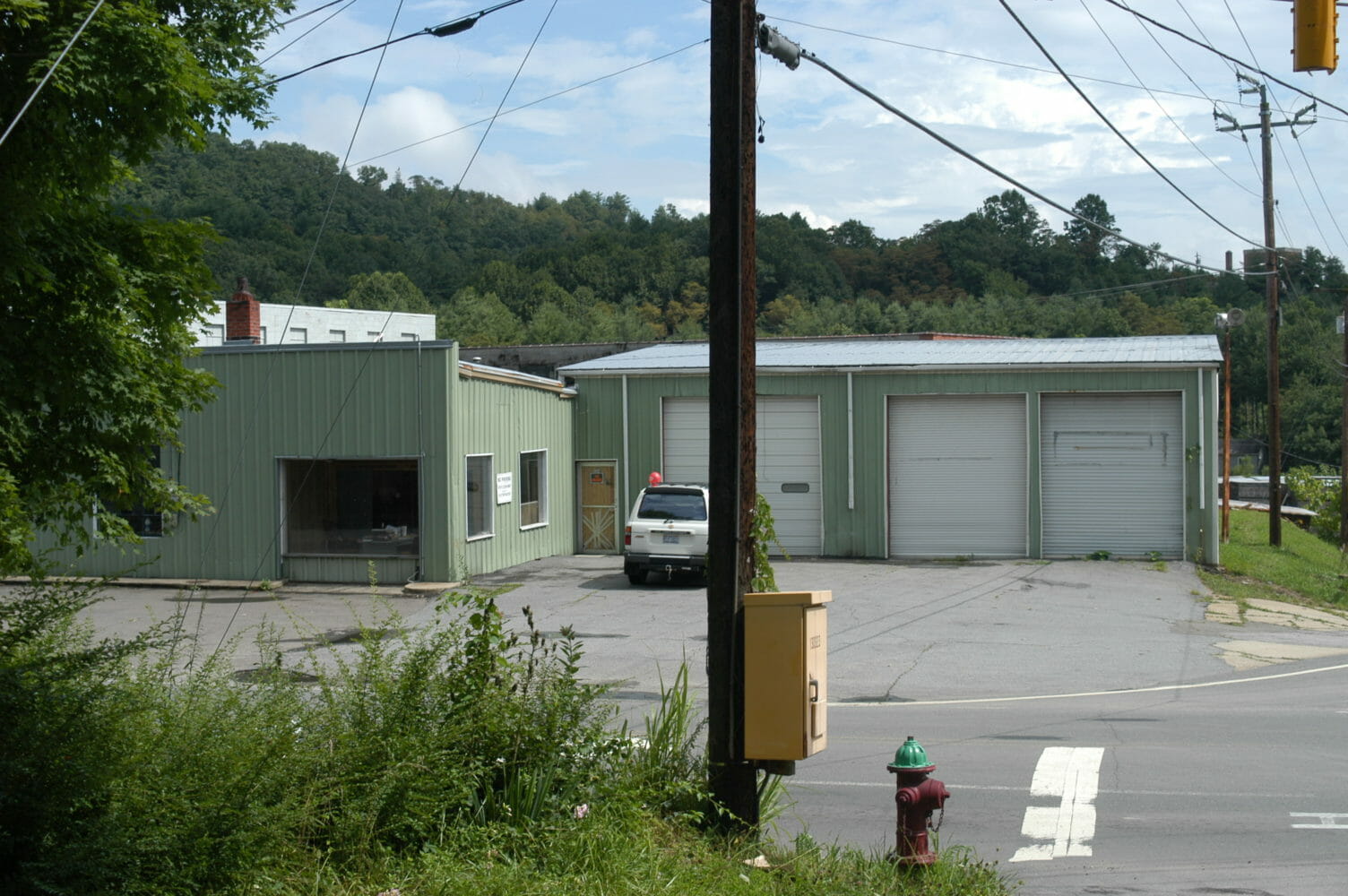 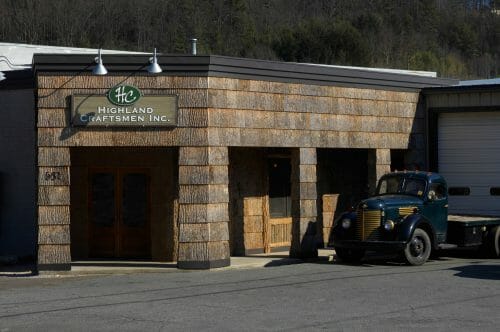 Current Manufacturing Facility Purchased  in Spruce Pine, NC the half way point on The Blue Ridge Parkway between Asheville and Boone. 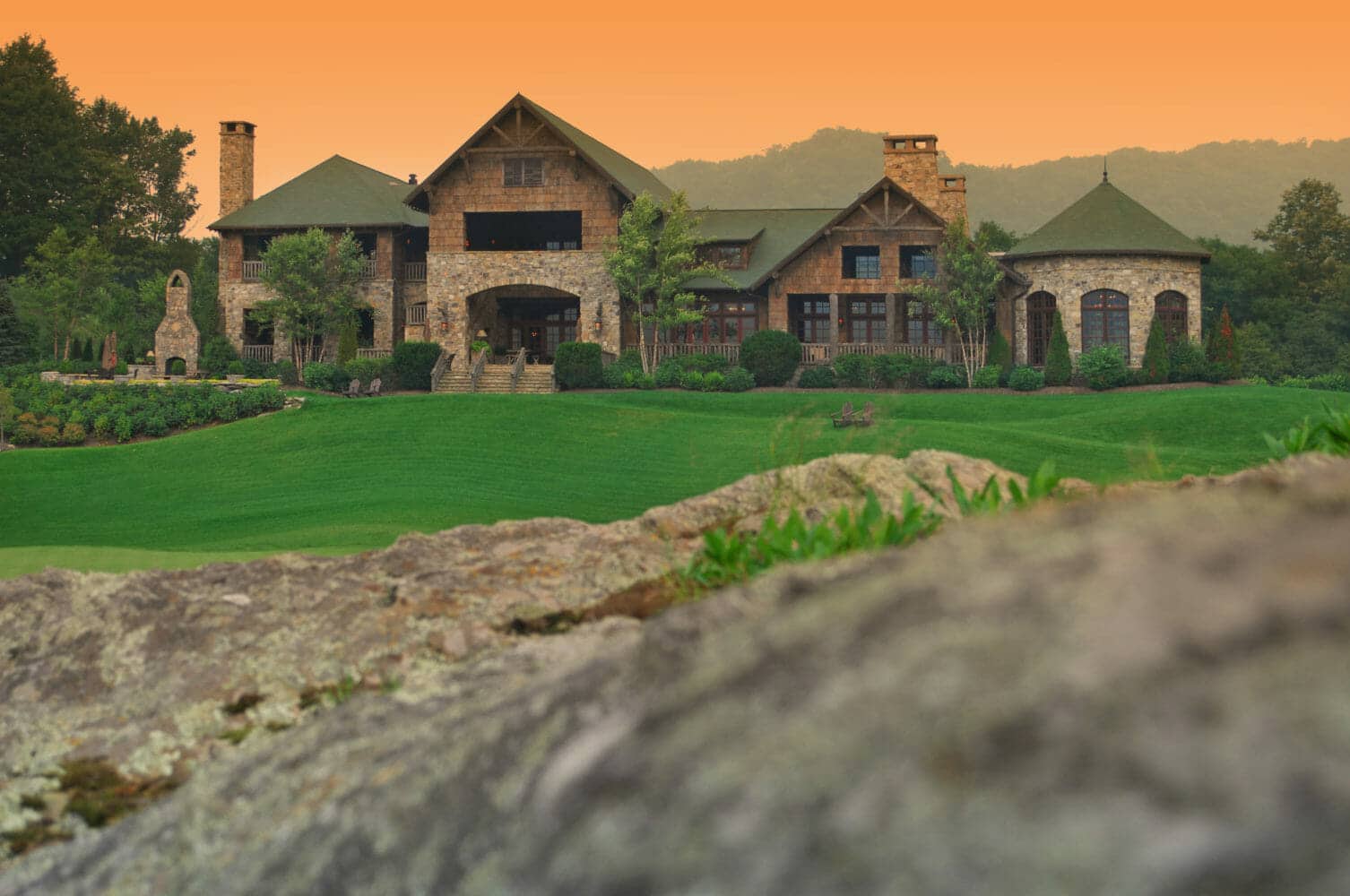 In partnership with Wayne Huizenga, John and Sharon McNeely created an exclusive mountain resort in Western North Carolina appropriately named Diamond Creek.  Huizenga has been involved in the founding of three Fortune 500 corporations and is responsible for six New York Stock Exchange listed companies. He has also been an owner of three top tier professional sports franchises.  Golf professional John McNeely with his wife Sharon envisioned a golf club featuring a Tom Fazio designed championship golf course.  This was the first time a newly developed resort created their design aesthetic around our poplar bark shingles. 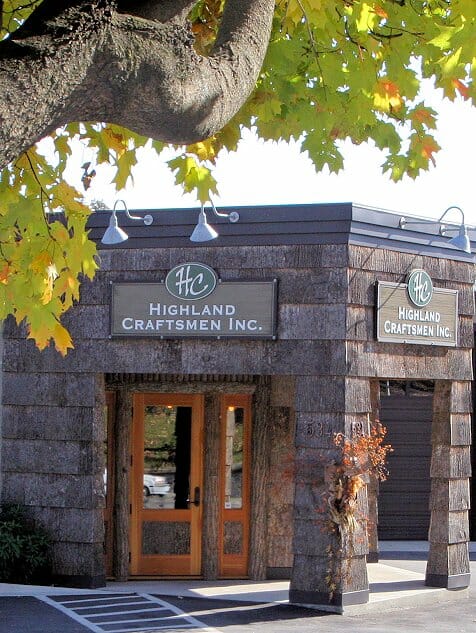 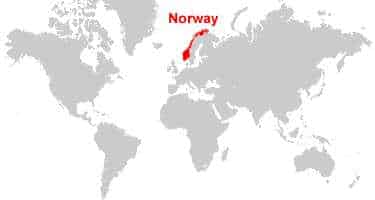 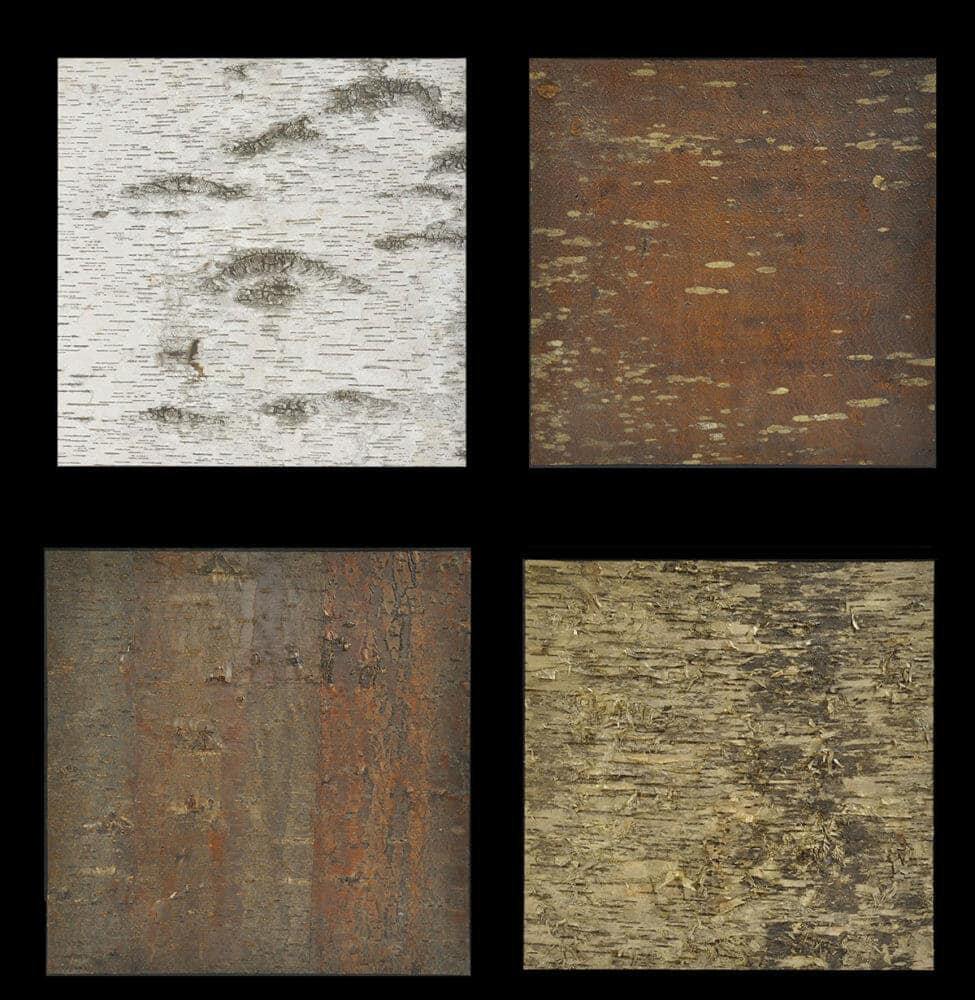 By 2006, there was an upswing in the housing market our business was booming.  We had settled into a steady flow of return clients in our local area and found that selling through our company’s recognized name and reputation was working.  However, with the proliferation of the style and possibility of economic gain, other individuals were now producing and selling “bark siding”.  The media would eventually label these as “Cowboy Operations” and warn buyers to beware.  We needed to BRAND our product and share its reputation against “knock-offs”.  We were alarmed by the long-term consequences of poor quality product contaminating our market.  We had not done a lot of advertising and most of our end-clients were second homeowners – many not working with local architects and builders.  Many new clients from outside the region simply did not understand the product.  They regarded one bark shingle, same as the other.

We began what felt like an uphill battle to differentiate our techniques and quality product with others.  After a couple of years of weathering and several disastrous projects with product coming from counterfeiters, the public began to understand the differences and acknowledged The Bark House as “the quality purveyor” of bark shingles with the best initial quality product and performance over time. 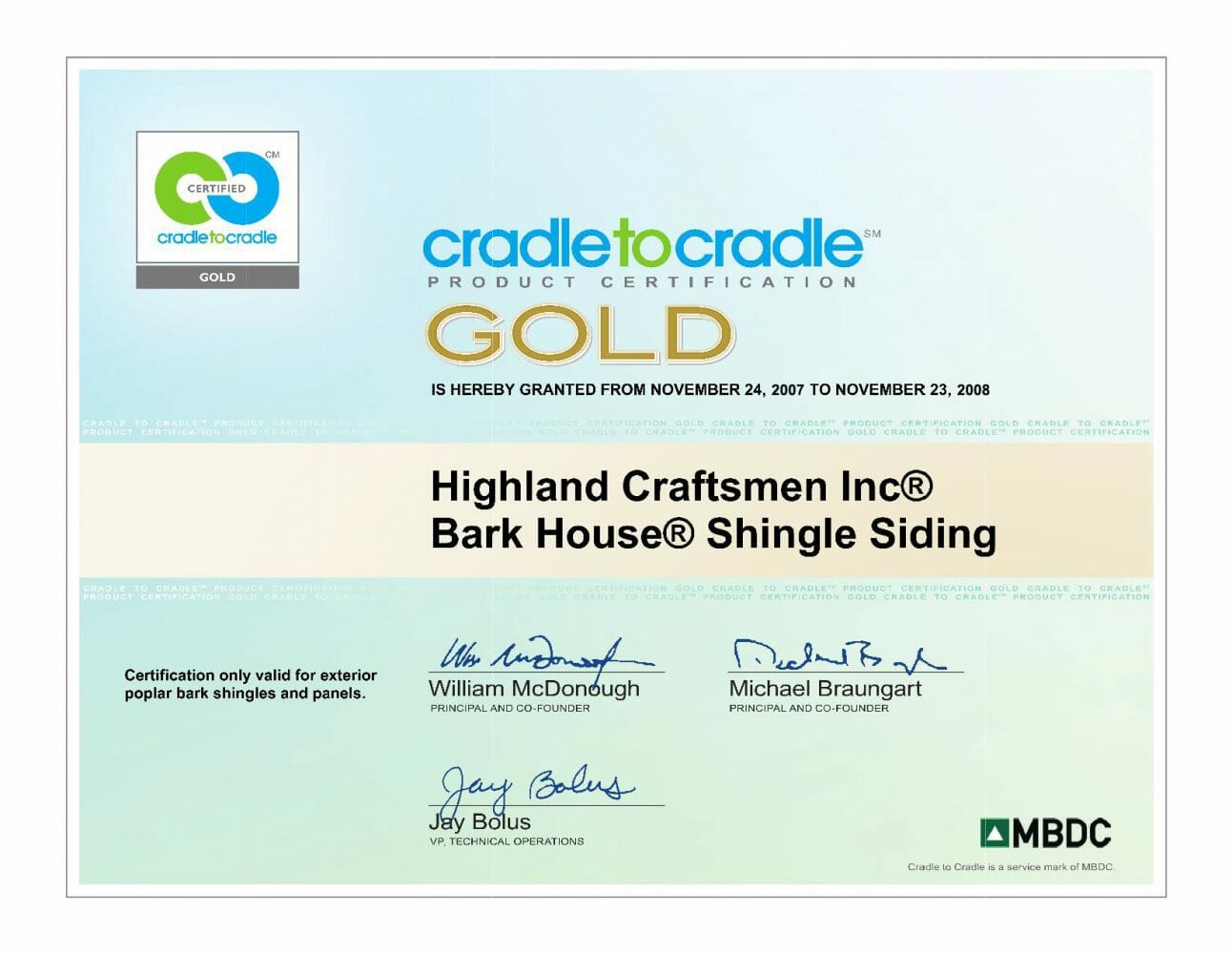 When green-washing became so prevalent, we wanted to express to our clients one aspect of our product that was authentically different than other wall coverings.  Cradle to Cradle provided the most rigorous, wholistic sustainability measurement tool that we could identify – and for us only the best would suffice. 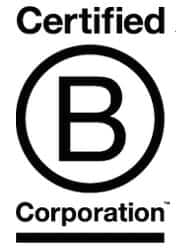 A small Independent Businesses can be serious about what they do and reflect their impacts impressively. 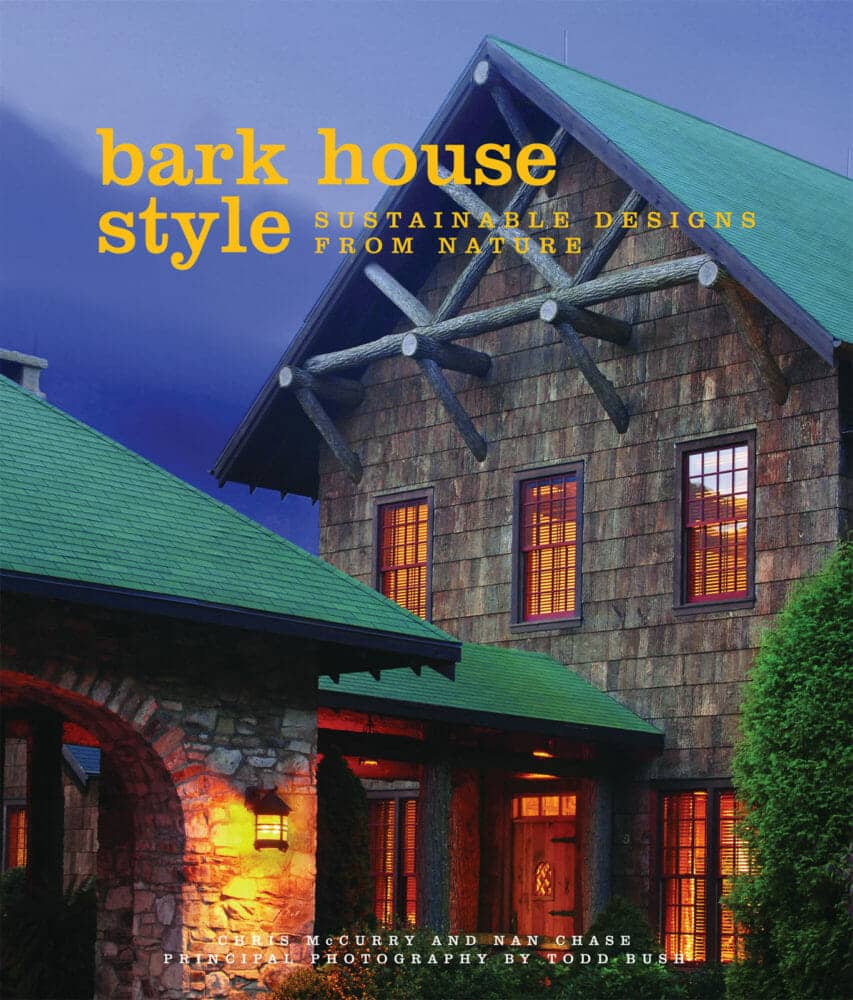 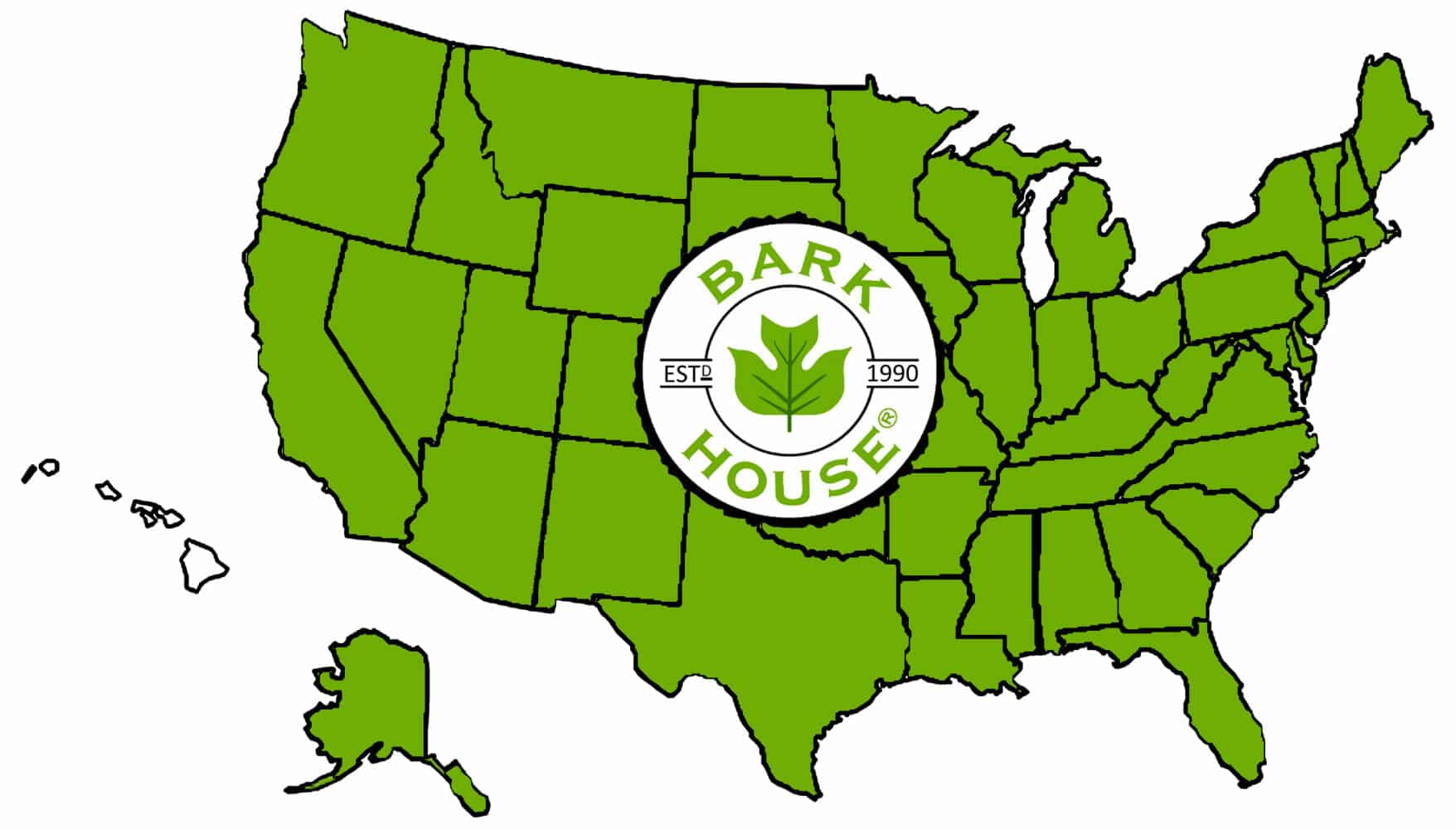 Had sold products in 49 states. 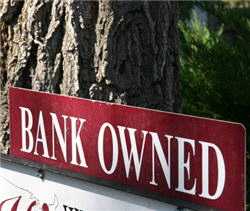 This was a heartfelt hit – literally.  Although it seems that companies had returned to “business as normal” as of 2015 – many personal, family and business stories about the impacts of this era are yet to be told.  Many colleagues visited during this period sharing their plans to file bankruptcy while having their lives turned upside down.  They were beaten -financially, socially, spiritually and physically with uncountable back, heart and body ailments.  We all felt it and no-one seemed to be immune.  We came together.  We grieved.  We strategized, gained insight, grew and ultimately we continued on. 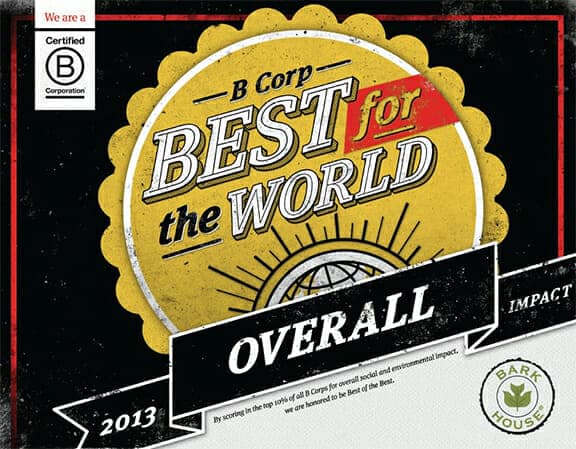 B Corp "Best For The World"Awarded2013

B Corp "Best For The World"Awarded2014

B Corp "Best For The World"Awarded2015 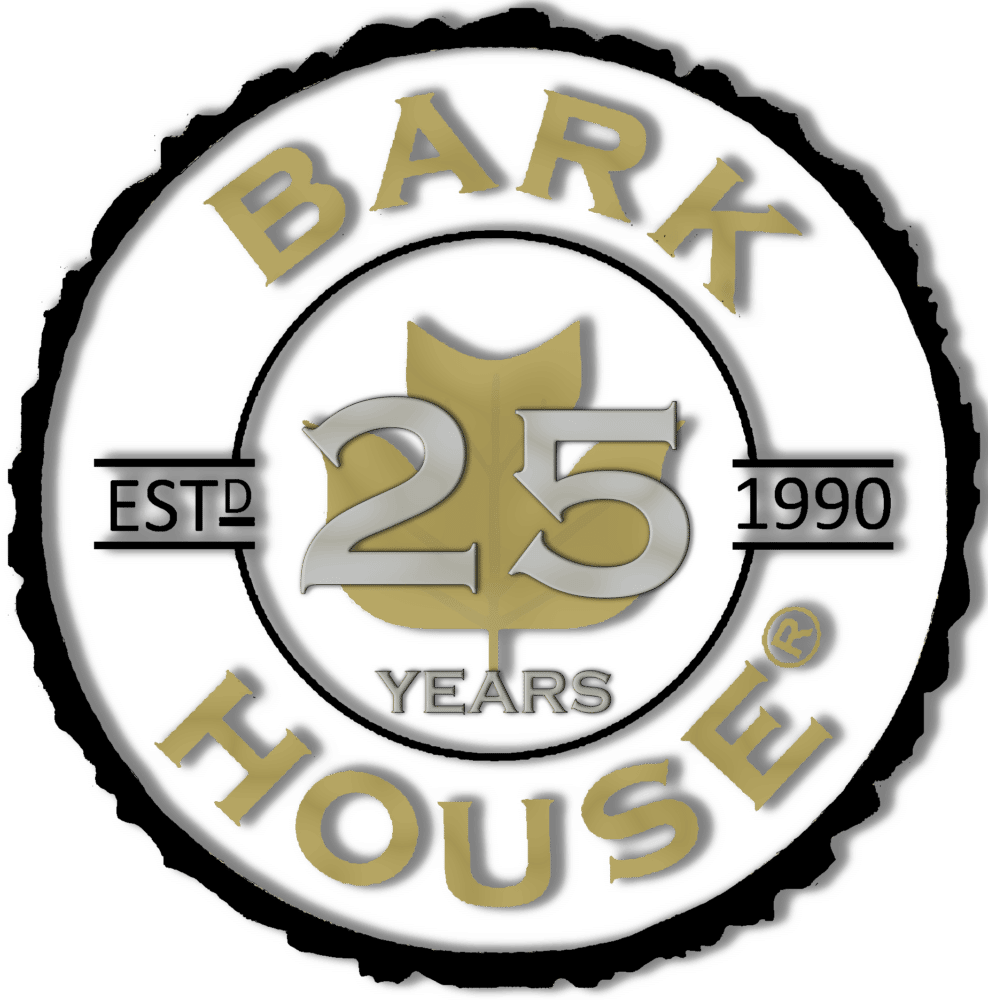 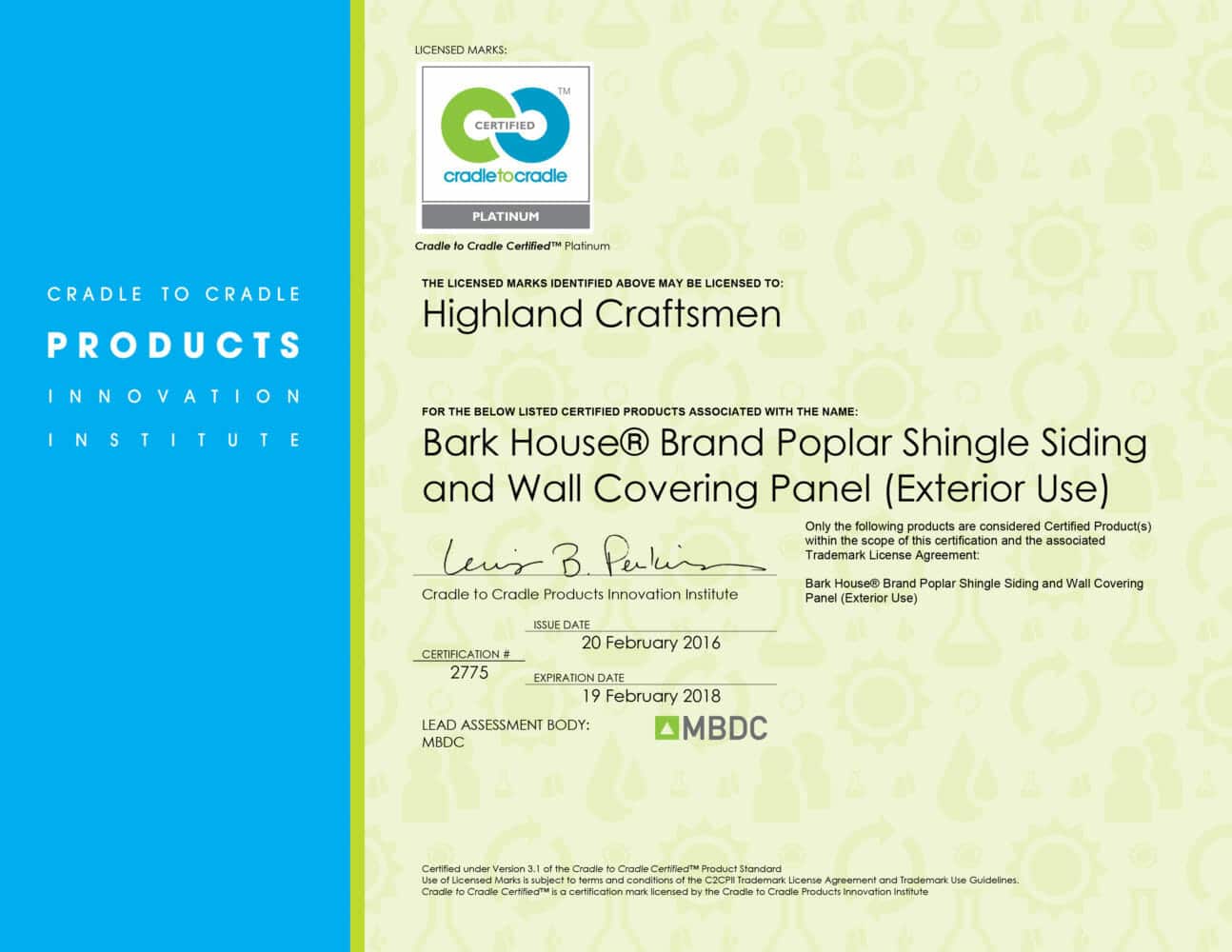 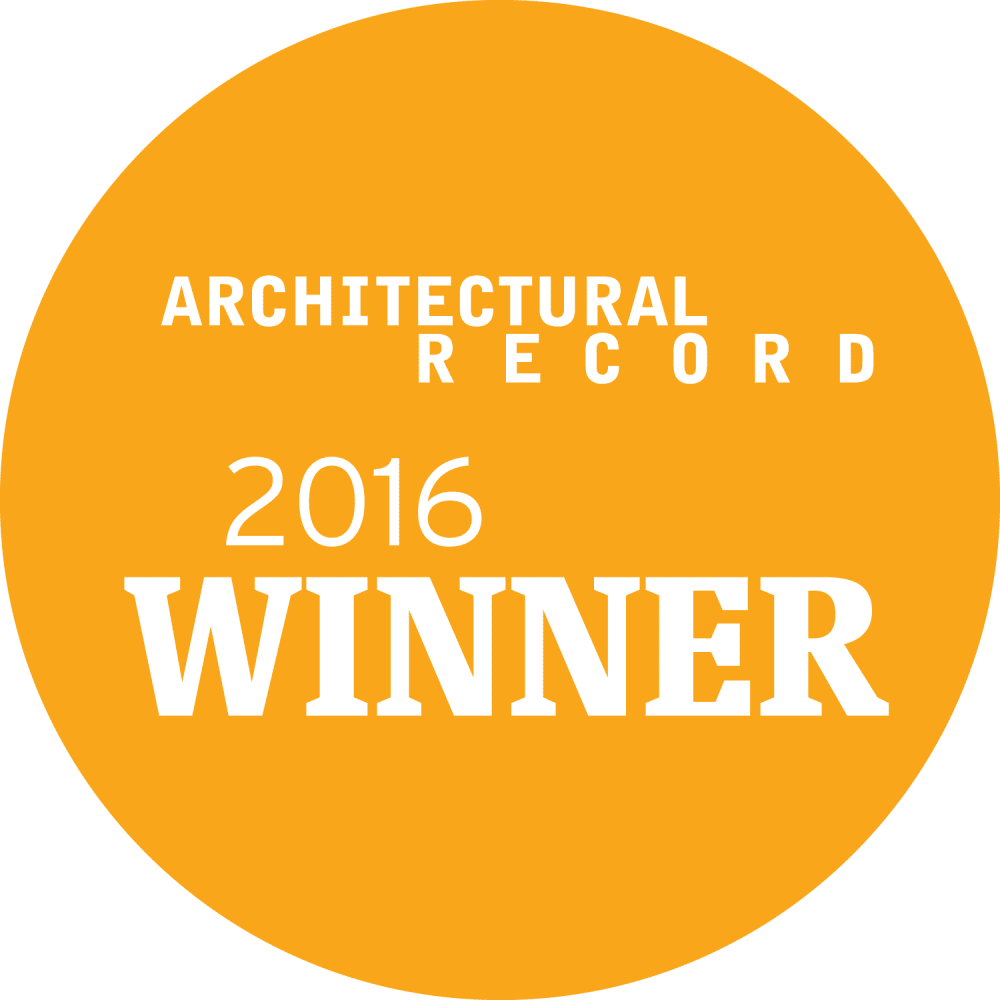 Architectural Record Product of the Year2016

A panel of six judges, representing the nation’s leading architectural firms, selected the best new products of the year from among 425 entries submitted for Architectural Record‘s 11th annual competition.  Entries were judged on the criteria of innovation, aesthetics and purposefulness. 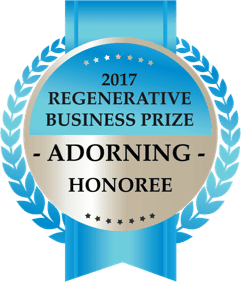 Being regenerative as a company is about honoring the essential values of people coupled with the integrity of nature and creating streams of developmental reciprocity.  Adorning relates to a sense of belonging.  The Regenerative Summit Founder, Carol Sanford said if she was in a space with our bark wall coverings, she would know that she had found a place where she belongs.

Recognized as a Catalyst Company in the Buckminster Fuller Challenge2018 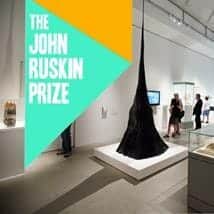 The Bark House® would like to congratulate the artists who made the shortlist of this prize that aims to uphold the belief that art has the power to expose universal truths, and that a good artist should do just that.  With over 3,000 entries, we are proud to say, that even though we didn’t make the shortlist, we were among the top 5%. 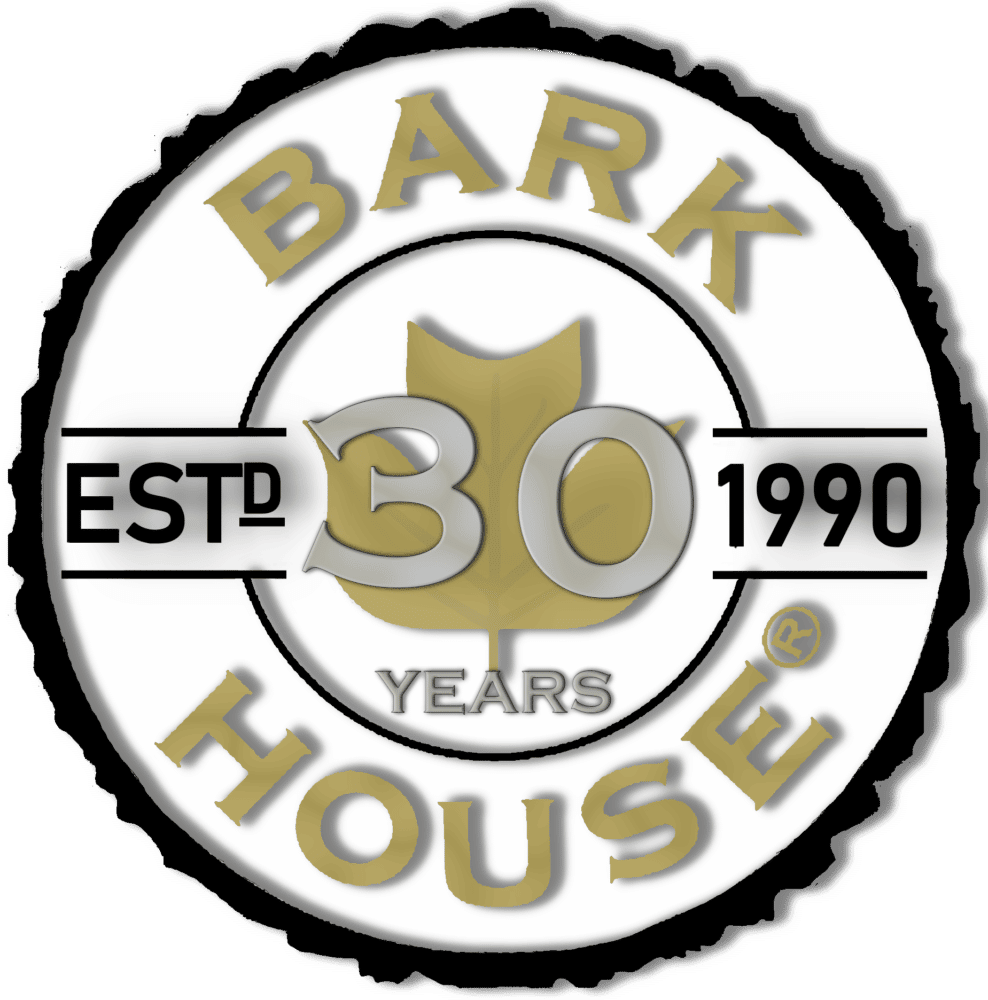 In challenging times, Bark House is marking 30-Years in business.  This year we have officially enacted a new project initiative and we are inviting those who care about Forests to participate.  The One Forest Regenerative Project begins in Southern Appalachia and will work with one forest at a time for one world forest (and the people working and living in them).

Founder of Cradle to Cradle Talks about Bark House