Home > EmBark Blog > Projects and Designers > Where was the couples retreat from Big Little Lies filmed?

Project:                Compound featured in Big Little Lies and the 1992 thriller Basic Instinct
Seven Coves of Spindrift in the Carmel Highlands

Project Vision:  The owner, Gary Vickers had a vision to create “a place where people can relax and feel at one with nature” when he called in 2012 and ordered BH Poplar Panels.  Gary found our products after seeing an installation of the bark shingles at Carmel By The Sea.  Vickers fell in love with the Carmel Highlands as a child while visiting with his family from Colorado and later attending a private boarding school in the area.  He purchased an entire 4+ acre oceanfront compound starting in 2000 and completed the final stage when he bought the main house of a 5 dwelling complex in 2018.    Vickers told The Monterey Herald, “I’ve given this the right bones and spirit that I hope people will honor.”

Of Interest: The property was featured in season 2 episode 12 of the HBO series Big Little Lies “based on Liane Moriarty’s bestselling book, and featuring Reese Witherspoon, Nicole Kidman, and Shailene Woodley.  This darkly comedic series tells the tale of three mothers whose seemingly perfect lives unravel to the point of murder.”  Reese Witherspoon’s character, Madeline, and her husband, Adam Scott’s Ed, drive to Carmel for a Couple’s Retreat to repair their marriage.  This is where the scenes with the bark wall panels were filmed.  The filming on location was much more in-depth than the final cut and included Madeline disrupting the group’s flow with inappropriate laughter.  Her second outburst inevitably gets the couple kicked out – where the scene in the car picks back up in the show.   Vickers notes that “The Writer’s Cottage sits at the precipice of land and Sea’s edge overlooking one of Seven Coves most dramatic coastal inlets and Pinocchio Point.”  The oceanfront vista perched at cliffside affords the best of California sunsets. 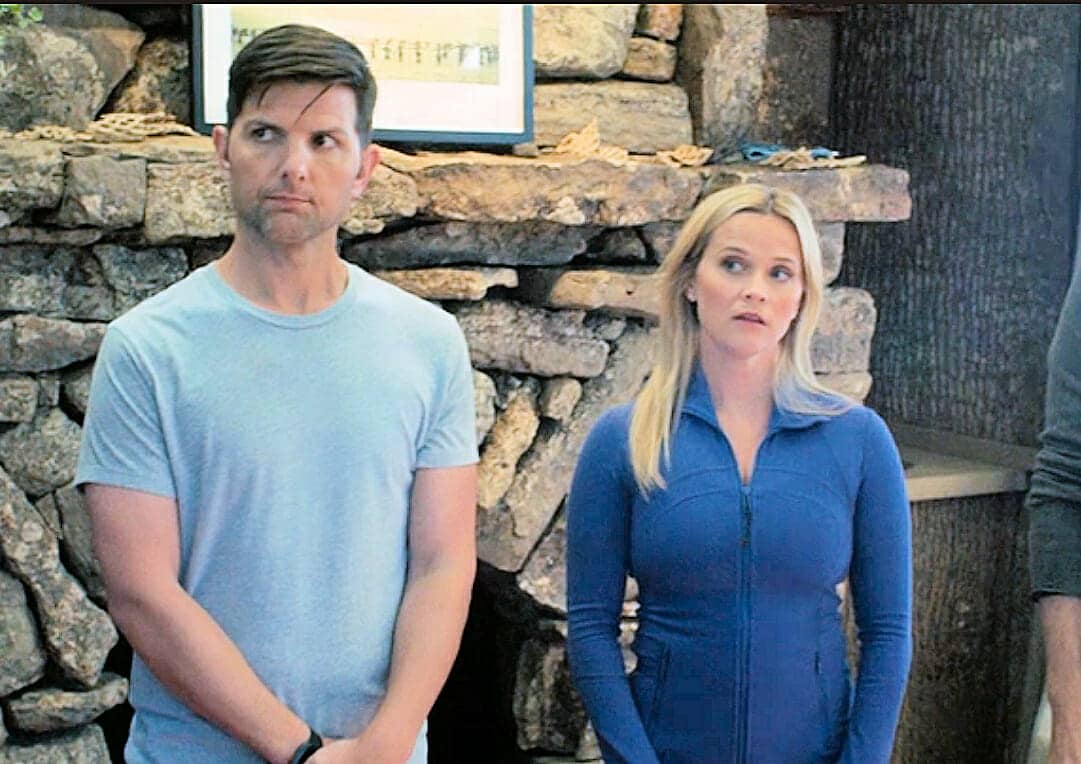 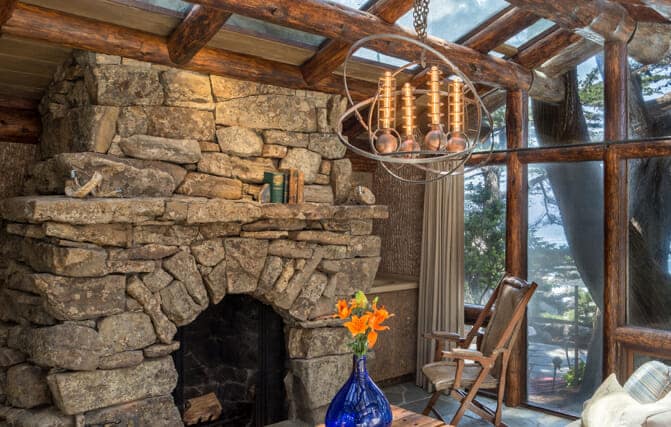 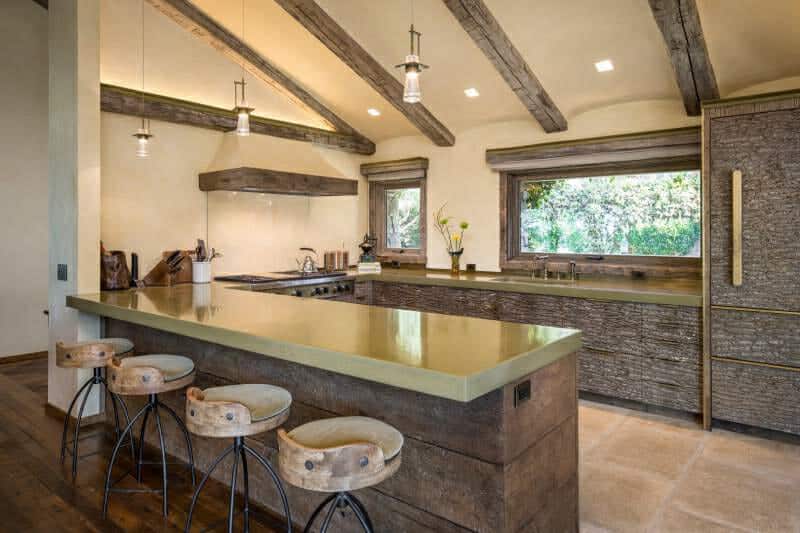 The North Cottage (pictured) includes unique finishes using monolithic poplar bark panels that carry a continuous line the entire length of the cabinetry.  East, West and North faces are all finished with this aesthetic.  The green concrete countertops mirror the moss and lichen that were on the bark.  Gary shared that his guests comment all the time about the tranquil effect of bringing the outside indoors.  This aesthetic was accomplished with the help of craftsman Giles Healey who Gary notes could attest to the intention and precision that accompanied the installation.  The houses are located in a Cypress forest, so bark finishes were a natural choice.  This retreat has been a beloved project of the homeowner for many years who has personally been involved with every design and detail.