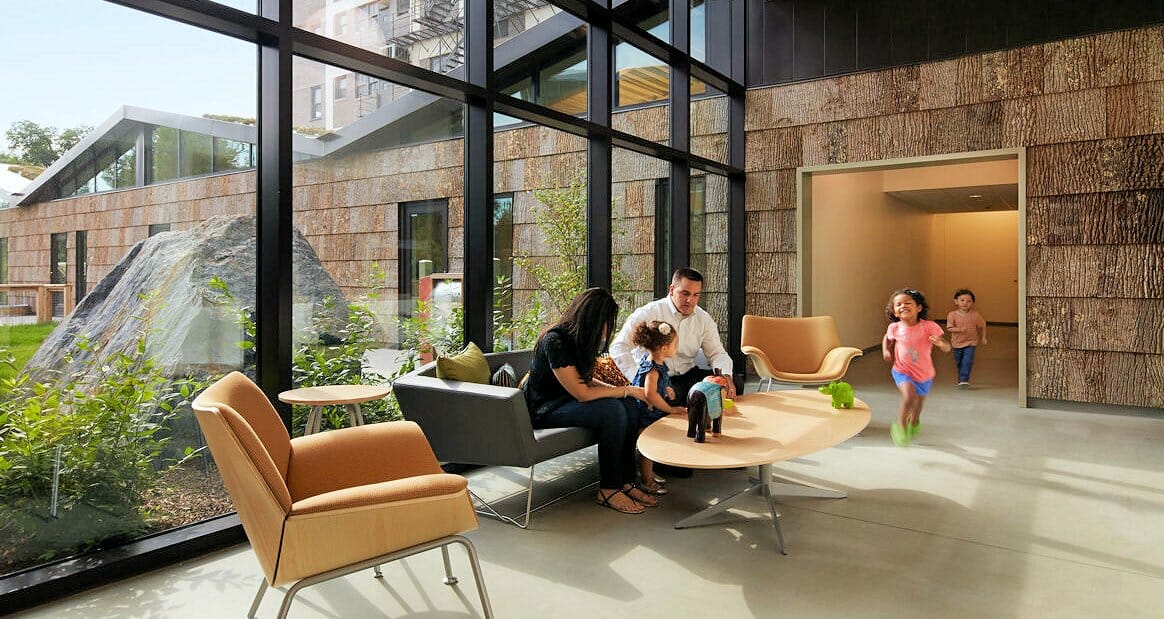 Beyond the boulders, one of the most eye-catching examples of this philosophy is the poplar bark siding used both on the exterior and inside the center. Crafted by North Carolina-based Highland Craftsmen, the Bark House siding is constantly drawing attention, Kearns says, noting that people “always want to come up and touch it.” That’s something Chris McCurry, Highland Craftsmen co-founder, hears a lot. “Touch is perhaps the most important stand-alone characteristic about the product,” she says. “People want to touch it all the time—and are touched by it.” 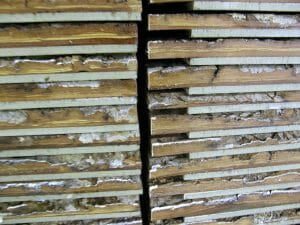 The siding isn’t just innovative in appearance. City codes wouldn’t typically permit wooden siding on an industrial building, Kearns notes. But the architects collaborated with Highland Craftsmen to design a fire-resistant shingle, backed by fiber cement board, which offers a rustic appearance while creating a non-combustible exterior barrier. Just above those shingles is the green roof, which covers half the building’s footprint.

“This project centers around children. How best to nurture a child, than with real things they can touch… feel the texture… the depth… the honesty of the raw material?”  –  Chris McCurry 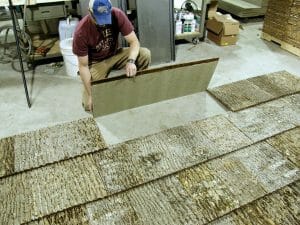 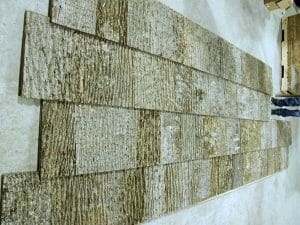