In 2002, Architect and author William McDonough hooked the world with the simple idea that designing a building like a tree … was possible.  Dr. Michael Braungart led us into the more complex ideas of clean chemistry as the two released their co-authored book, Cradle to Cradle.  The big idea was to create a world where the things we make, make us and the planet better.

In 2009, version 2.1 of the standard was adopted.  In 2010, we watched as McDonough and Braungart “gifted the world” by initiating a new Cradle to Cradle Institute that would evaluate products and processes to create an open source of information, and move direct program oversight to a team of reviewers as opposed to that of the McDonough – Braungart team.

In 2013, Version 3 was published, 2014 work on Version 4 began and this year, V3.1 Material Health Certificates were issued. 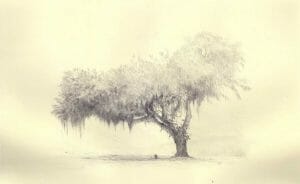 Over one decade has passed since we were introduced to the idea of “Designing a Building Like A Tree and a City Like a Forest”.  About 200 companies have certified products by the C2C strategy at various levels from Basic, Bronze (introduced in 2013), Silver, Gold and Platinum Levels.

The Circular Economy which started around 2012, is a part of a growing number of companies’ long-term management strategies to decrease landfill waste.   This involves industry in which all material flows are either biological or technical.  Biological nutrients are designed to reenter the earth safely.  Technical nutrients are designed to remain or circulate at high quality in the production system.

So what did McDonough mean when he suggested that we should design a building like a tree?  When you read the excerpt below written back in 2002, do you think that he had Bark House® in mind or at heart?

…[B]uildings conceived as mass-produced machines impoverish cultural diversity and leave their inhabitants cut-off from the wonders and delights of nature.

In short, a life-support system in harmony with energy flows, human souls, and other living things. Hardly a machine at all.

We see a new sensibility emerging, one in which inhabiting a place becomes a mindful, delightful participation in landscape. This perspective is both rigorous and poetic. It is built on design principles inspired by nature’s laws. It is enacted by immersing oneself in the life of a place to discover the most fitting and beautiful materials and forms. It is a design aesthetic that draws equally on the poetics of science and the poetics of space. We hope it is the design strategy of the future.

The principles, illustrated by the life of a tree, are:

Waste=Food. The processes of each organism in a living system contribute to the health of the whole…

Use current solar income…make productive and profitable use of local energy flows.

Celebrate diversity. “The tree” provides not just one design model but many. Around the world, photosynthesis and nutrient cycling, adapted to locale, yield an astonishing diversity of forms. Bald cypress, desert palm, and Douglas fir suggest a range of niches. The hundreds of tree species within a single acre of Southern Appalachian forest suggest the diversity of a single region. Architects and planners, applying a diversity of design solutions, can create buildings and cities that fit elegantly and effectively into their own niches.

Kinship with All Life

As architects and planners explore these principles—what amounts to a new conception of design—they will become more adept at creating fit and  fitting spaces for human habitation. New benchmarks will emerge. Rather than overpowering nature or limiting human impact, good design will affirm the possibility of developing healthy and creatively interactive relationships between human settlements and the natural world.

With new benchmarks will come new practices, and a design process that is now rare will, we hope, become the norm. Design teams in many regions would begin with an assessment of the natural systems of a place—its landforms, hydrology, vegetation, and climate. They would tap into natural and cultural history; investigate local energy sources; explore the cycles of sunlight, shade and water; study the vernacular architecture of the region and the lives of local fauna, flowers and grasses.

Combining an understanding of building and energy systems with this emerging “essay of clues,” designers would discover appropriate patterns for the development of the landscape. Building materials would be selected with the same care, chosen only after a careful assessment of a variety of characteristics, ranging from their chemistry to the impacts of their use, harvesting and manufacture. We might also expect to see the industry-wide pooling of architectural products as builders begin to create closed-loop recycling systems to effectively manage the flow of materials.

With this emphasis on sustaining and enhancing the qualities of the landscape, architectural and community designs would begin to create beneficial ecological footprints—more habitat, wetlands and clean water, not fewer negative emissions. We would see buildings like trees, alive to their surroundings and inhabitants, and cities like forests, in which nature and design create a living, breathing habitat. Vital threads of landscape would provide connectivity between communities, linking urban forests to downtown neighborhoods to riparian corridors to distant wilds. Cities and towns would be shaped and cultivated by an understanding of their singular evolutionary matrix, a new sense of natural and cultural identity that would grow health, diversity and delight, and set the stage for long-term prosperity.

Changes such as these, many already afoot, signal a hopeful new era. Ultimately, they will lead to ever more places that honor not just human ingenuity but harmony with the exquisite intelligence of nature. And when that becomes the hallmark of good design, we will have left behind the century of the machine and begun to celebrate our kinship with all of life.” 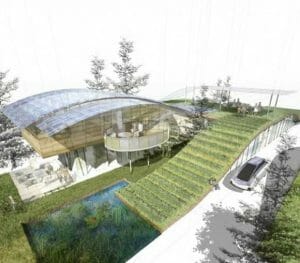 In the Spring of 2009, The Wall Street Journal asked William McDonough + Partners to envision a sustainable home of the future. Using nature as a source of inspiration and guidance, the team set out to design a home that functions like a tree…  As with a tree, the house accrues positive environmental benefits over time. When the useful life of the house is over, its materials are designed to be easily disassembled to return as safe nutrients for human industry or the biosphere in Cradle to Cradle cycles.

The five points that make up the C2C strategy are not small issues or foolish ideas.  The time and resources that businesses are investing to address these issues is not small either.  The EmBark BLOG will highlight these important issues in an upcoming series “Designing A Business Like A Tree”, and offer real world examples of what we’ve done.  In the WITHIN section of our blog, we will explore the importance of clean products for your project that are healthy, beneficial and regenerative to all.  As we roll out this series that examines the C2C process, we would love to hear your ideas about the Cradle to Cradle 5-Point Strategy.

Watch for an upcoming survey in your Inbox, and please share your thoughts.