Three years ago, Marty asked me, “So, what’s your next big adventure?”  I told him that I had been dreaming of hiking the entire John Muir Trail.  His quick response was, “have fun.”  I then explained to him that it wouldn’t be possible as I would have to be off from work for an entire month.  Without pause, Marty again said, “have fun.”  I couldn’t believe that he was OK with me being gone for that long.  Then I thought, maybe he wanted me gone for that long.  In the end, I decided to take him up on his great offer.

The John Muir Trail (JMT) is in the Sierra Nevada mountain range in California.  It starts in Yosemite National Park and ends 220 miles later at the top of Mount Whitney (with an elevation of 14,508 feet, this is the highest mountain in the continental US).  Most of the trail is in the middle of nowhere and has little to no access.  It was named for John Muir, a Scottish-American naturalist, author, environmental philosopher, and early advocate of preservation of wilderness in the United States.  His letters, essays, and books telling of his adventures in nature, especially in the Sierra Nevada Mountains, have been read by millions. His activism helped to preserve the Yosemite Valley, Sequoia National Park and other wilderness areas. The Sierra Club, which he founded, is a prominent American conservation organization. 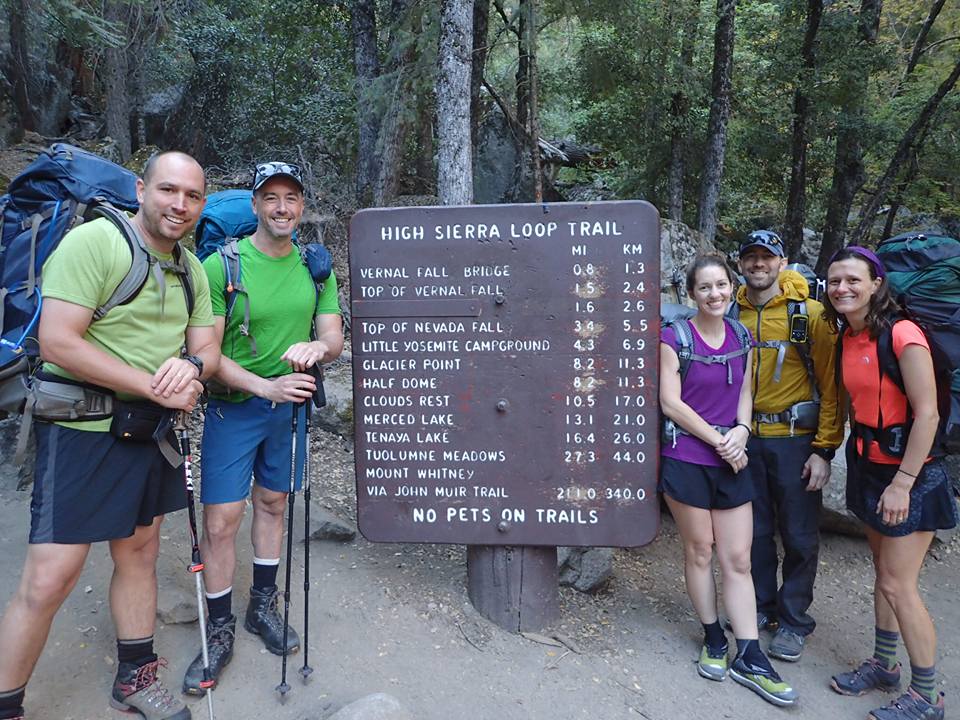 It took me almost two years to find others who were crazy enough to join me on my adventure.   The first I found was my wife (who was only able to do the first week as she couldn’t stay away from our daughter any longer than that).  I was also able to sign up two of my friends/clients (Brent and Autumn Simmons, Town Home Studio).  The last person to jump on board was my old friend, Josh, whom I worked with at a wilderness school in my early 20’s.  Once we had assembled the team, we then had to do the hard part:  get permits.

Because the National Park Service wants to keep the JMT clean and as natural as possible, they only allow 30 people to start the trail per day.  This makes getting permits almost impossible, as each day the NPS gets almost 1,400 requests for permits to hike the JMT.  We were very nervous that this would be harder than the hike itself.  After sending in requests every day for a month, we finally got a permit to start on September 7th 2016.  Now that the dates were set, we really had to start planning on how we were going to supply ourselves during our hike.

One of the biggest obstacles is food.  Because there are no roads that cross the JMT and there are no stores to resupply, you really have to work hard to figure out a way to get yourself enough food to hike for 21 days.  We finally found several pack mule companies that will pack your food resupplies into the wilderness on mule trains.  They drop the resupplies at different locations on the trail to help break up the weight of your pack.  Along with food, these resupplies contained items like batteries, toilet paper, sun screen and ibuprofen.

Once we had our permits and logistics all planned out, all we had to do was hike the 250 miles (getting resupplies added 30 miles to our hike).  We started with a very stringent 12 mile climb out of Yosemite Valley.  This broke our bodies in quickly.  The views, natural rock formations, and lakes were amazing.  I had heard that this trail is the trail that ruins you for all other trails, and that saying couldn’t be more correct.

We spent the next 21 days taking in what true wilderness is.  Each day we would see the most amazing things and then the next day would top it.  It was nonstop beauty from end to end.  One of the things that really caught my attention was just how clear the lakes were.   When you take out all the pollutants that cities and roads put into our water, you really notice how clean water can be. 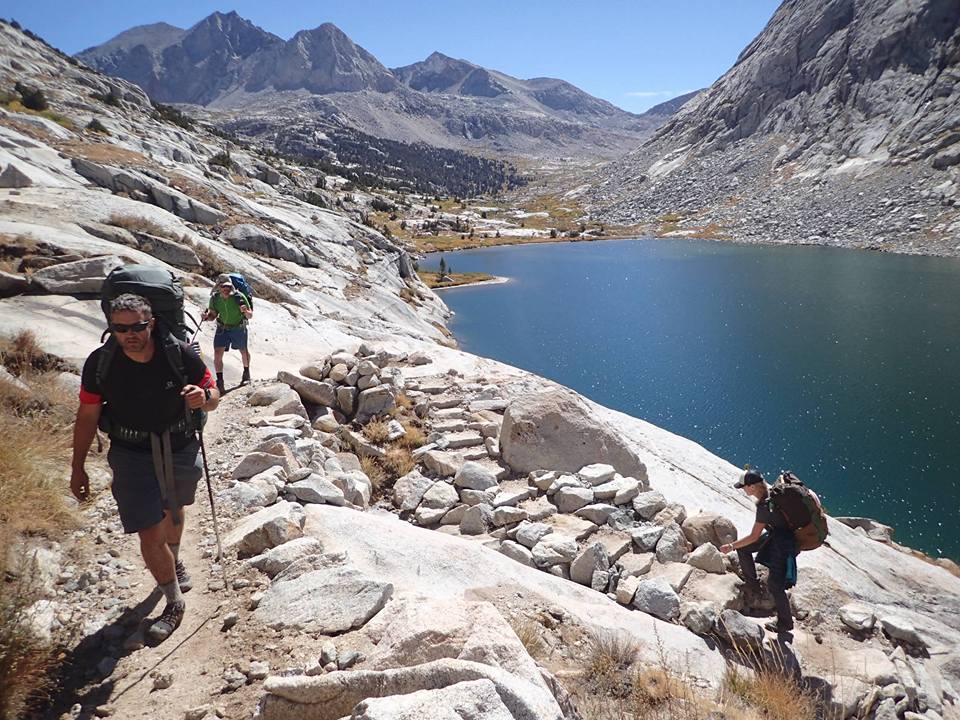 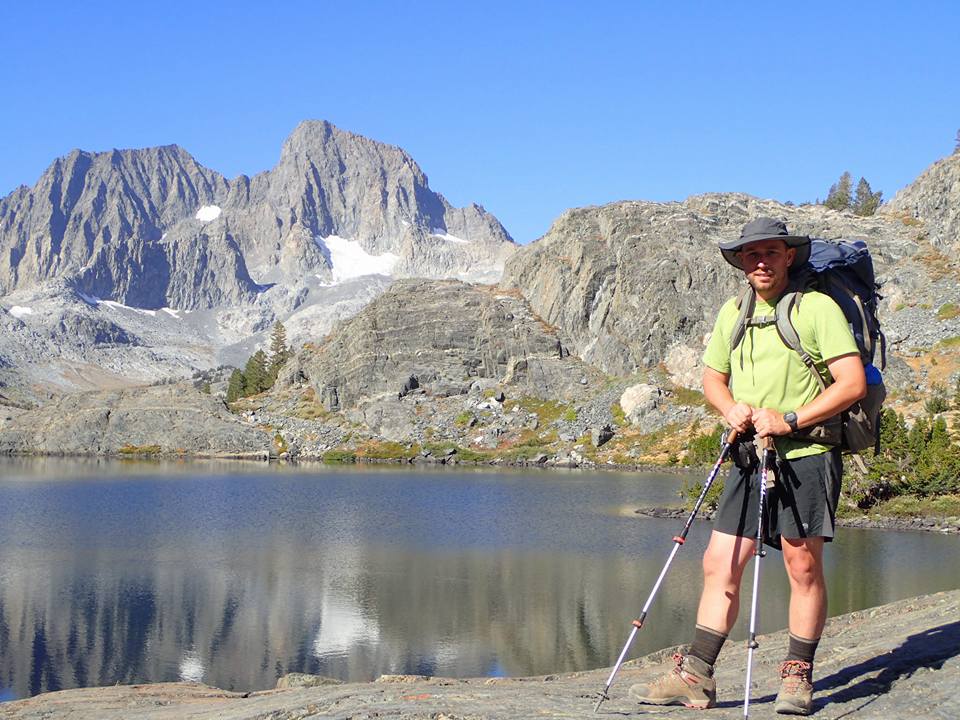 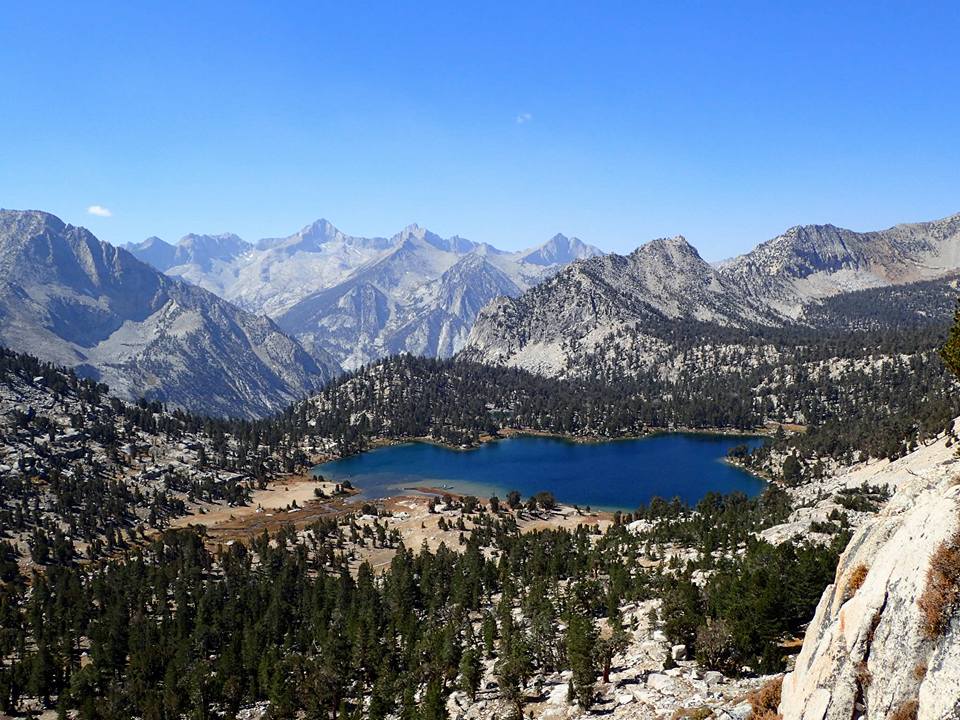 Once we started our hike, we began to appreciate the NPS rule of only allowing 30 people a day to hike the trail.   Because of it’s extremely fragile environment, the trail can’t handle large amounts of traffic.  We also liked the fact that we felt like we really were in the wilderness out there.

The weather was amazing.  Cold and crisp in the mornings, and sunny and warm in the afternoons.  We only experienced about 30 total minutes of drizzle while we were out there.  You hear about the devastating drought that California is in, but until you experience it first hand, you don’t really understand just how bad it is.  I will be honest, though, I didn’t mind not having to deal with thunderstorms on an exposed mountain at 12,000 feet up.

We had a great time meeting other hikers out there; they were from all over the US and overseas.  We ended up spending a lot of time with a guy from Japan.  When I asked him why he decided to hike the JMT, his simple response was, “’cause it’s the best.”  He got no arguments from me.  The friends we made out there will be lifelong friends as we will never forget this trip. 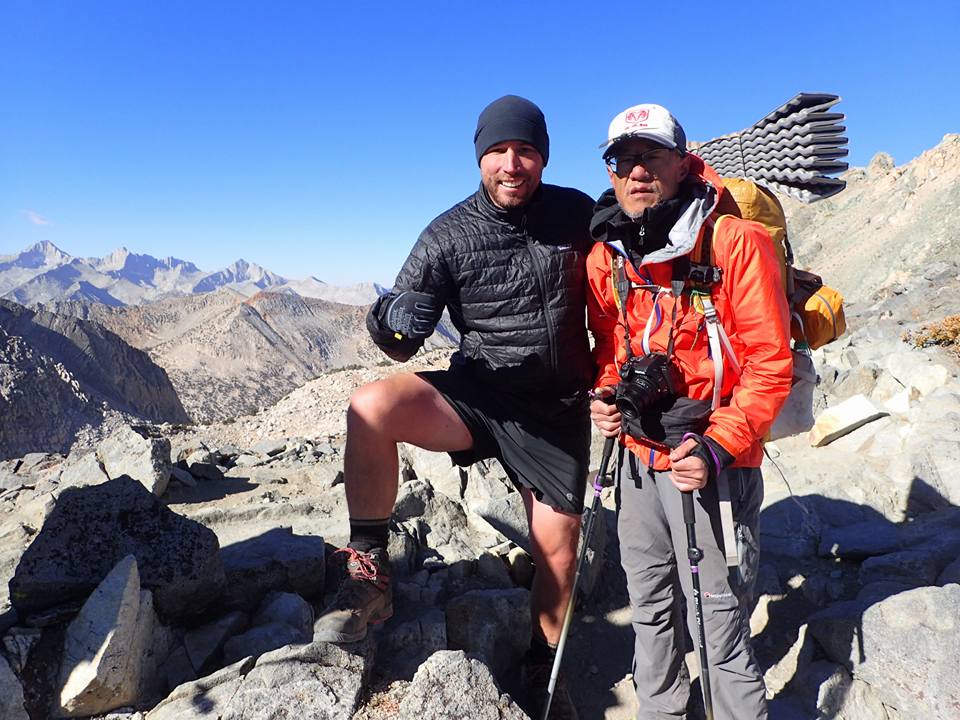 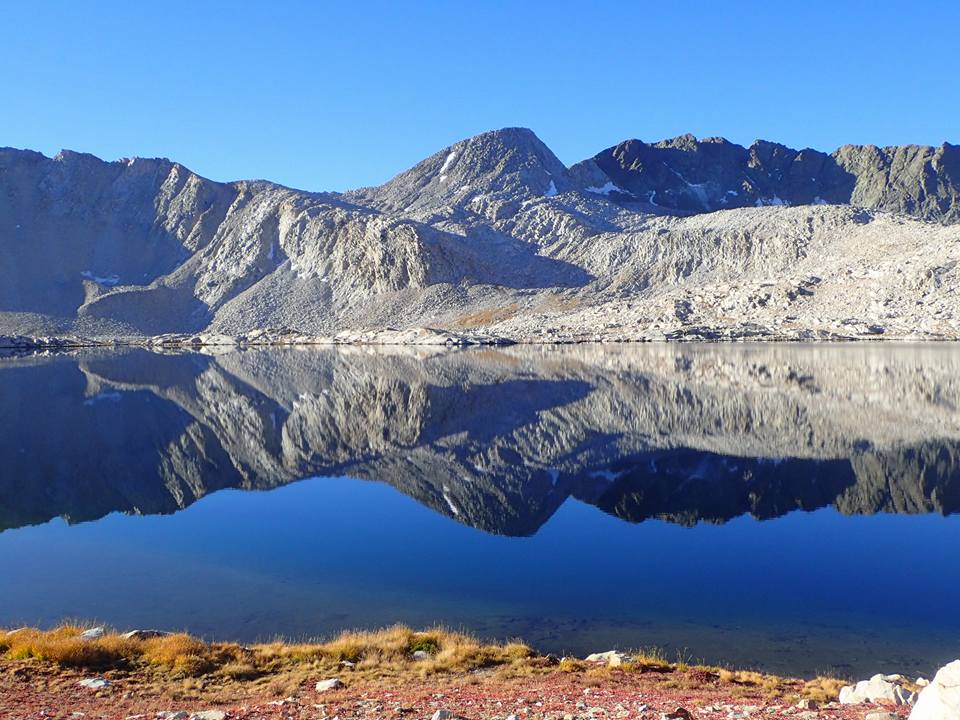 As we stood at the end of the trail on top of Mount Whitney, it was hard to celebrate or take in what we had accomplished.  Not because we couldn’t appreciate it, but because it was 25 degrees outside with 40 mph winds and, of course, I was wearing shorts.  After our 11 mile downhill hike to the parking lot, we finally got to enjoy the bacon cheese burger that everyone on the trail had been talking about.  It didn’t disappoint and neither did the trail. 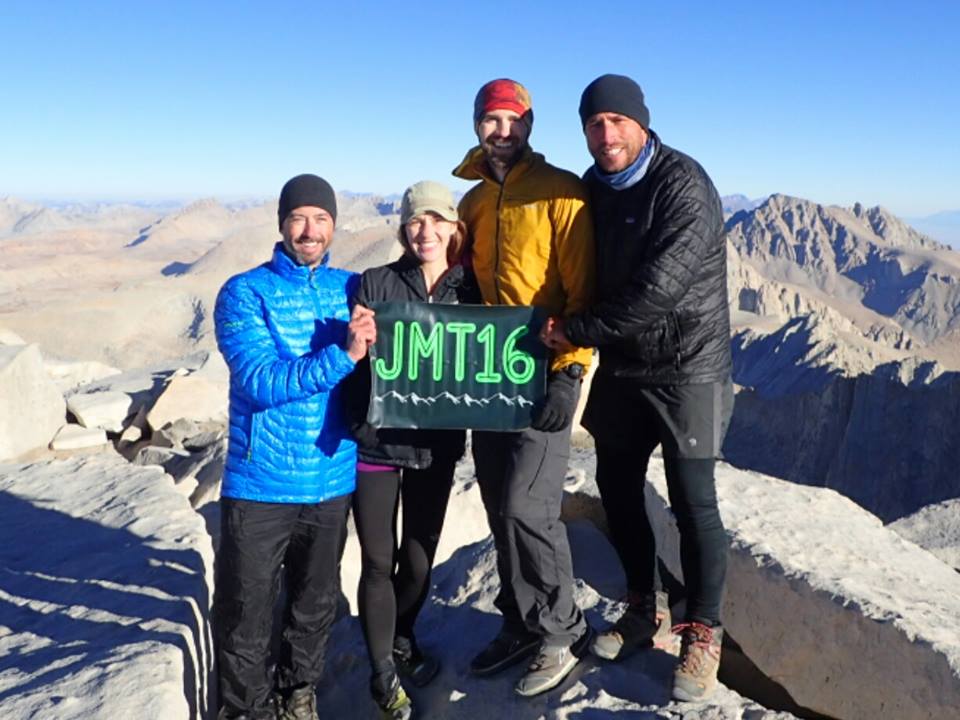 Thanks, Marty, for saying “have fun”.