According to the National Historic Register: “The Bonham House (Flat Grove), ca 1780, can be classified in a style of American folk architecture known as the “dogtrot”, a design that evolved from two equal units separated by a broad, open, central hall, that was usually later enclosed.  The Bonham House is somewhat unusual in that it is two-stories, the second level originally accessible by a small stairway in the right front room.  It is constructed of logs on fieldstone pillars; roof and floor joists are small bark-covered logs…”  The house and grounds have been beautifully restored by the Saluda County Historical Society.  We supplied the black locust split rail fencing in 2018. 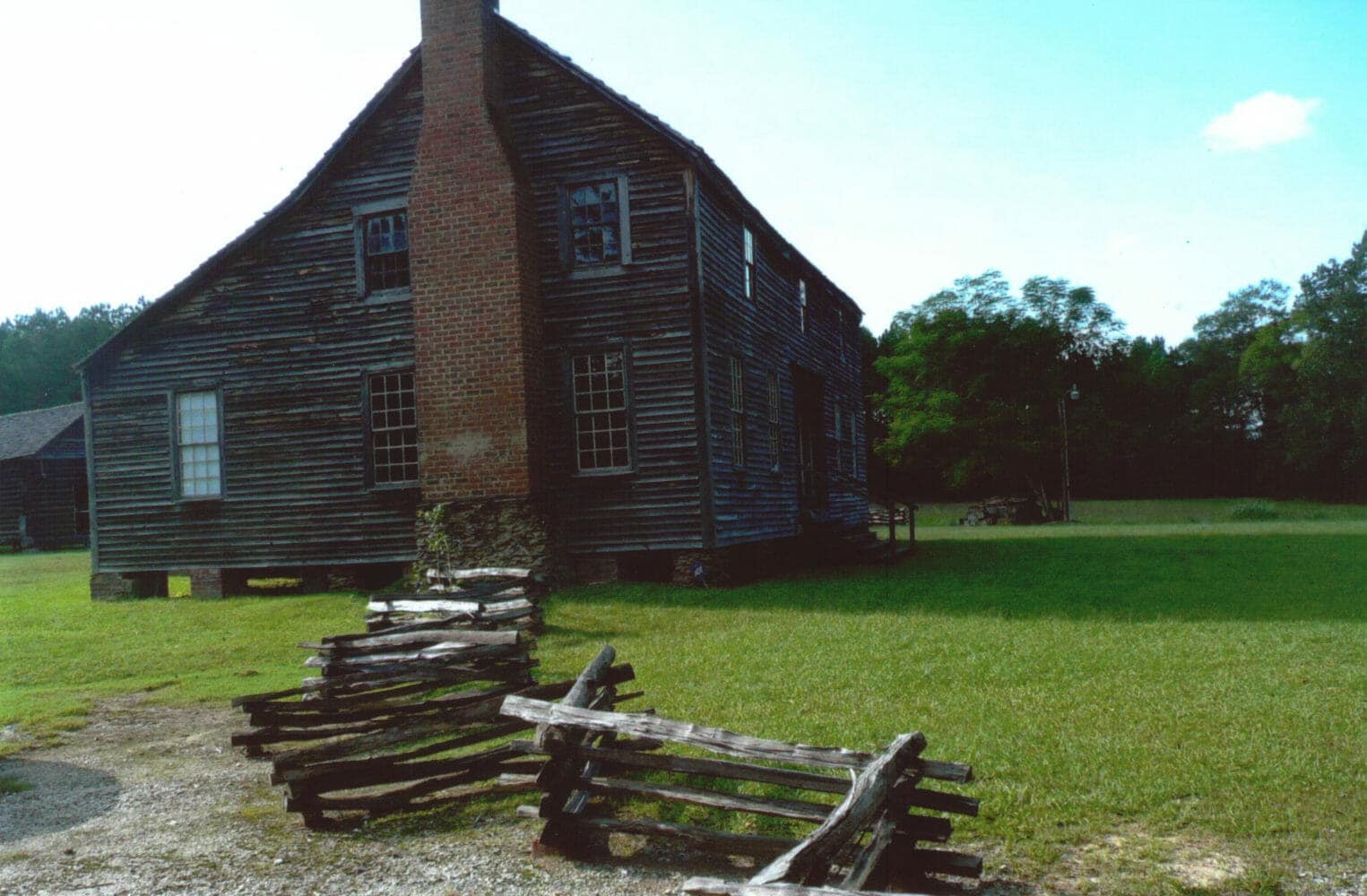 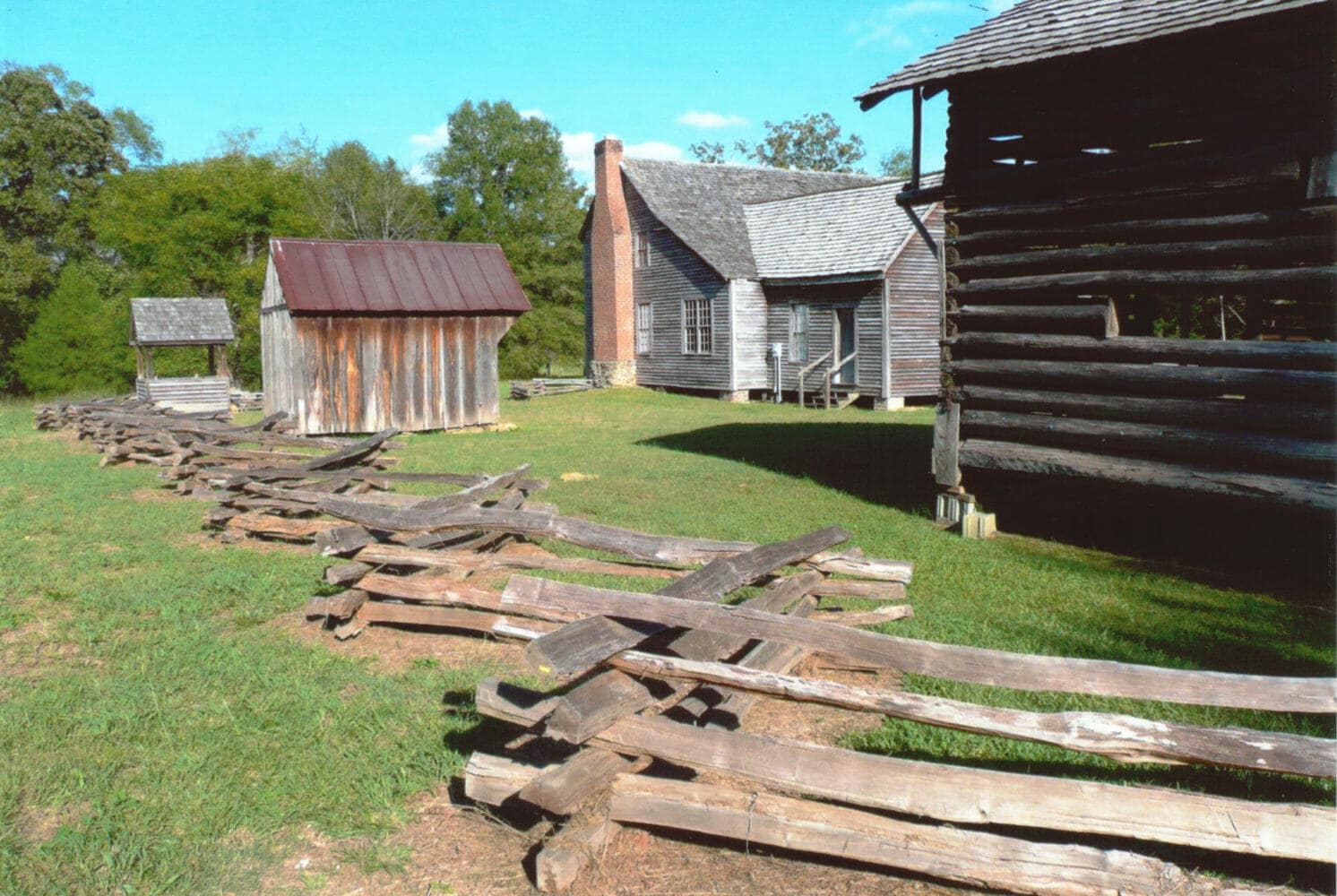 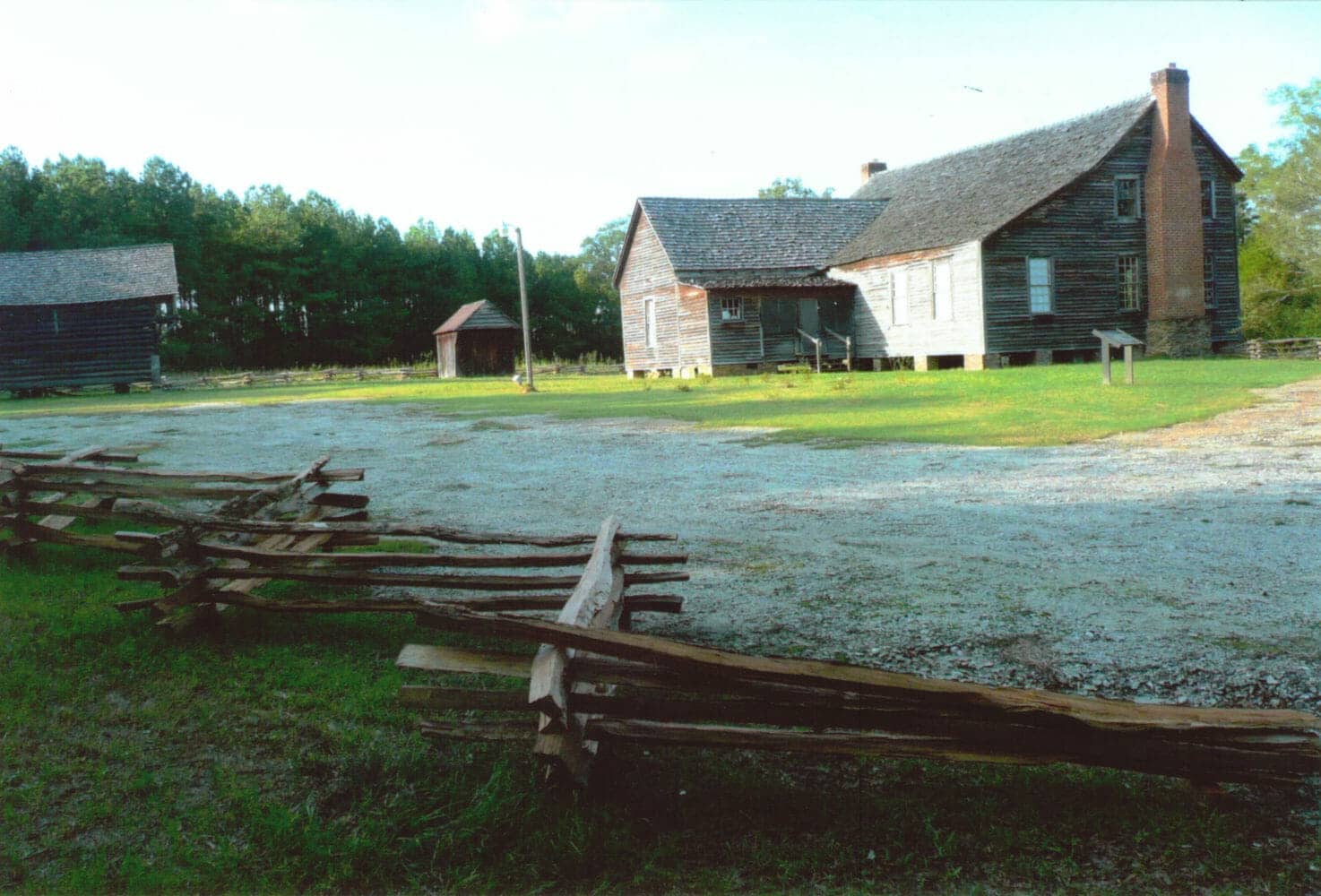 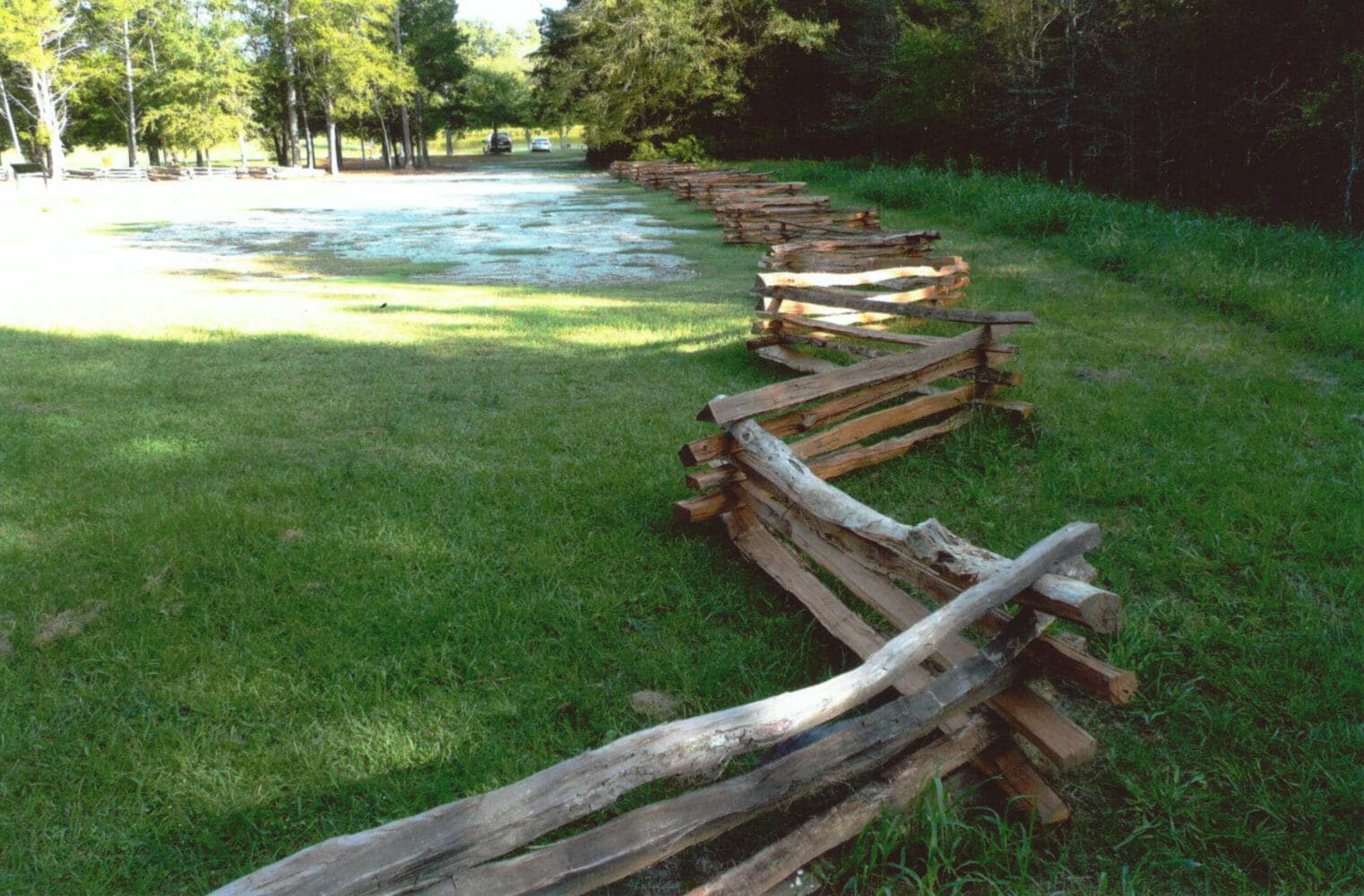