2015 marks the 150th birthday of America’s First Forester, Gifford Pinchot.  After Pinchot received forestry training in France and returned to the US in 1890, George Vanderbilt hired him as the nation’s first working forester on the Biltmore estate in Asheville, NC.  Pinchot created a Forestry Management Plan for the estate and began teaching his employees how to selectively harvest, cull and grow trees to manage forests as opposed to the previous methods of clear cutting and understory removal.  After leaving Biltmore, he continued to proliferate his new practice of forestry, and became the first chief of the U.S. Forest Service.  Historical information for this piece is attributed to the Forest History Society Blog, Peeling Back the Bark.

On Pinchot’s recommendation, Vanderbilt hired Carl Schenck.  In 1898 Schenck established the Biltmore Forest School, the first forestry school in America.  A new T.V. special entitled “America’s First Forest” will air in the spring of 2016 and explains how the practice of forestry was born in Asheville one hundred and twenty five years ago.  The video showcases how that forestry transitioned from exploitation to conservation.  The main statute was the idea that trees can be harvested while maintaining the forest at the same time.

True to the development of new methods that eventually insert themselves into becoming accepted practice and culture, there was friction between the work of Pinchot, Schenck, locals and Vanderbilt himself.  Pinchot believed natural resources should be utilized for the maximum benefit of mankind.  One of his greatest contributions was the applying a scientific method to forest management.  His actions led to the conservation of forests being high on America’s list of priorities.  In addition to Schenck applying scientific method to his work, his methods taught how “… to protect forest resources from adverse influences caused by: animals, climate extremes, erosion, insects, non-native plants, pollution, storms, and human activities.”  He changed the focus of forest management. 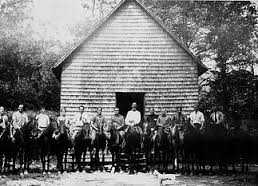 At The Bark House®, we appreciate the work of many who have gone before us.  We understand that plotting a new course takes time and dedication.  It requires perseverance, strong problem solving methods and good fortune.  As we look back we realize how visionaries proliferated both possibility and some inequity -as today. What started as an experiment grew into a movement and became the foundation of the U.S. Forest Service.  The Biltmore experiment is now preserved and celebrated as the Cradle of Forestry in America.